What Is Fatigue and Why Should We Care About It

Most of us know what fatigue feels like. Whether we sit in the library studying for an upcoming exam, in our office trying to get an important task done, or at home with a bunch of chores we postponed for a couple of days already, we often feel tired and unable or unwilling to complete tasks we know have to be done. Life is full of have-tos. Sometimes we succeed and battle through this feeling of tiredness, other times we fail and turn our attention to something that feels less hard to do (this tends to be an activity not on our long to-do list).

In this first of two posts on fatigue, I will attempt to clarify what fatigue is, discuss what happens when we feel fatigued, and explain what makes fatigue unique among other subjective experiences. In the following blog post, I will review some theories on why we get fatigued and engage in some speculation about what we could do to feel fatigued less often.

Notice how I used the word tired(ness) twice in the paragraph above when I talked about fatigue. I could have also used the word exhaustion. Either way, intuitively you may think that this feeling you have when you are working on a demanding task is similar to feeling sleepy. However, research suggests that different mechanisms are responsible for these two subjective experiences, so it is important to differentiate them.

Clarifying the concept of fatigue

You might blame the English language for not allowing us to clearly separate sleepiness from fatigue, exhaustion, and tiredness. As a German native speaker, I can assure you that other languages do not do a better job at this (in German, we use ‘müde’ and ‘ausgelaugt’ interchangeably with ‘erschöpft’ the way in English we use ‘tired’ and ‘exhausted’ interchangeably with ‘fatigued’).

Consequently, I blame us psychologists for not doing a better job at clearly defining the concepts that we study. So let’s attempt to disentangle at least what it means to feel sleepy versus what it means to feel fatigued. (Disclaimer: scientists studying fatigue still do not agree on a universal definition, so this will be mostly my own opinion.)

As you might guess, we feel sleepy for two reasons – we haven’t slept in a while and/or it’s dark outside. This feeling is tied to the circadian rhythm, which is a 24-hour cycle that can be tracked through several physiological processes. One of these processes is the release of a hormone called melatonin, which typically happens after the sun has set. The release of melatonin induces the feeling of sleepiness in us and thus tells us to go to bed. So what should we generally do when we feel sleepy? You guessed it, we should go and catch some sleep. Simple.

On the other hand, we can feel fatigued already in the morning after a good night’s sleep. No melatonin in sight. Obviously, the solution to that cannot be to go back to bed. We need to consider four properties to clearly separate fatigue from all related constructs.

First, fatigue is a feeling of tiredness resulting from performing some demanding activity. This separates it from the feeling of sleepiness, which is caused by the release of melatonin and a need to sleep. It also separates it from the feeling of boredom, which results from a lack of stimulating activity (though fatigue and boredom may be more similar than you might think, something I might return to in a future blog post). It is as close to a law as we can get in psychology that when we continuously engage with one activity, we will start to feel fatigued (though the onset can vary considerably, this will virtually always happen before we start to feel sleepy and thus before our body needs to sleep).

econd, fatigue can and usually does continue after we disengage from the activity that caused the fatigue. This separates it from the feeling of effort, which is also tied to a specific activity but disappears when the activity is stopped.

Third, fatigue happens on a relatively short time scale (a few minutes to a few hours). This separates it from chronic fatigue syndrome, which is a long-term state of low energy levels that commonly appears in patients with a range of physical and psychological disorders.

What then should we do when we feel fatigued? Or can we potentially prevent or delay the onset of fatigue? Scientists have no clear answers to these questions yet, but they seem to be more complicated than what to do when we are sleep deprived. Before I will engage in some wild speculation what could work in the next post, let me quickly review what happens when we feel fatigued and why fatigue is the odd one out among the range of subjective experiences in humans.

What happens when we feel fatigued?

The feeling of fatigue impacts our information processing and decision making. This means primarily that we tend to disengage from the activity that causes the feeling of fatigue. Sometimes we will gradually disengage, which means that we will continue to engage in the activity but put less effort into it, and other times we will completely abandon said activity and switch to doing something else. In your everyday life, when you are fatigued you might check your phone more often, take a coffee break, or simply start mind-wandering and think about more pleasant things such as your upcoming vacation or weekend (I tend to scroll through Twitter and start reading about cool research that has absolutely nothing to do with what I am working on).

While research linking fatigue to task disengagement has mostly been performed in the lab, the effect is so strong that I am (somewhat) confident in generalizing it to real life. We can conclude from this that fatigue often makes it hard to be productive and stands between us and life’s (unpleasant but necessary) have-tos. As social psychologist Michael Inzlicht puts it, fatigue may persuade you to switch from pursuing a have-to goal to pursuing a want-to goal. On top of making us disengage from the current task, fatigue seems to make us less likely to engage in any further effortful activity, at least for a little while.

A short detour on why fatigue may appear weird

From this perspective, fatigue stands out. While it is certainly good for us (and has always been good for us from an evolutionary perspective) to work hard on demanding tasks, the accompanying experience (fatigue) feels aversive. If we make the assumption (which I do) that the mind and our subjective experience of the world have evolved to help us behave in line with our goals, this appears contradictory. Why does something that is good for us feel so bad? Luckily, some people much smarter than me have come up with a potential solution to this apparent contradiction. I will review these ideas in the next post.

In this blog, I will generally cover two things:

Often times, I will have to discuss the latter to properly discuss the former. For example, I wrote this post partly because I am fascinated by the feeling of fatigue and how it relates to people’s willingness to engage in effortful activity, and partly because even after studying fatigue for 100 years, psychologists are struggling to clearly define the concept of fatigue. If you find either one or both of these topics interesting, make sure to look out for future posts in this space.x 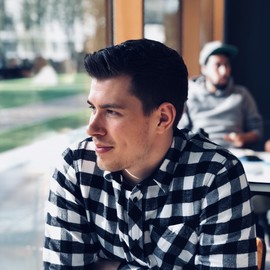